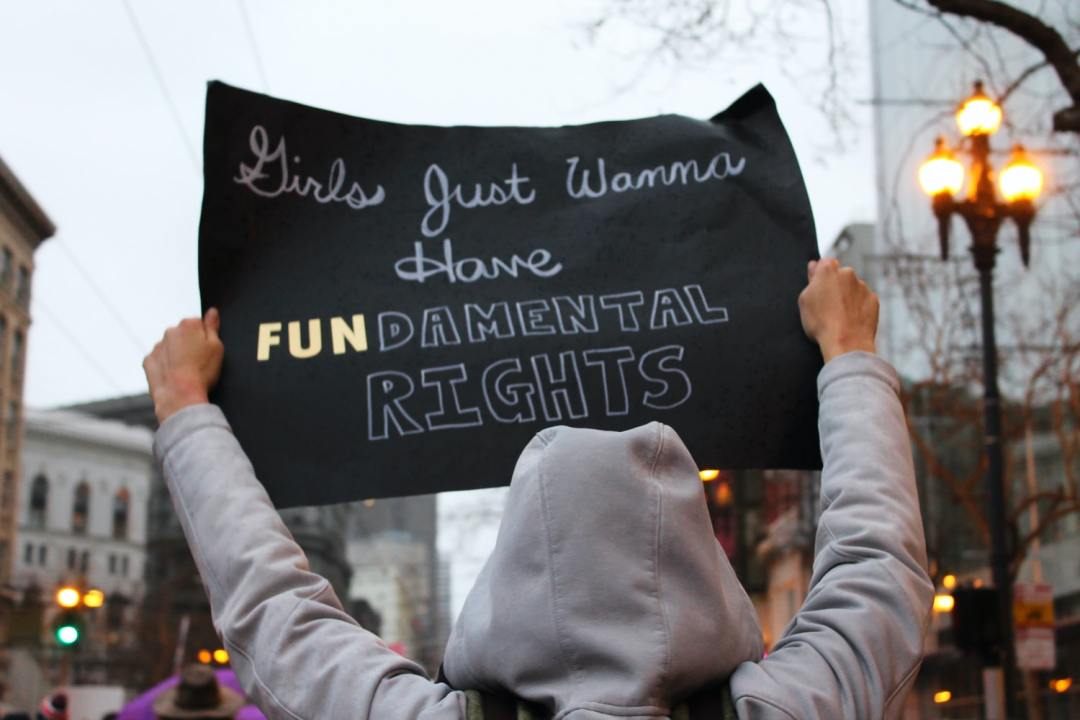 You Can’t Have Your Cake and Eat it Too- Why “Cancel Culture” is Doomed to Fail.

“We don’t want rape culture but we do want people to be able to do and be whatever they want to do and be sexually.“

“We don’t want systemic racism, but we do want it taught in every school that human beings evolved and are mere formations of cells vs. precious creations of God.“

“We want to be able to say whatever we want, but we will cancel anyone who says anything we disagree with.”

Indeed, that is what this saying means. You can not both keep your cake untouched to enjoy with one’s eyes, and also enjoy eating it. Once you bite, you will spoil the aesthetics of the cake. You must choose to either look or to taste.

I have been reflecting on this saying quite a lot lately. I see such incredible movements springing up around me these days, movements for racial equality, movements to care for our earth, movements to abolish police brutality, and most recently, the March4Justice Movement to abolish rape culture, and I find myself both incredibly excited and incredibly frustrated.

I see society, again and again, taking aim at the fruit instead of dealing with the root.

We see apples on the tree, but we want oranges, so we cut the apples off, “cancelling” the fruit, but then stand back aghast when apples keep growing back. We refuse to get our hands truly dirty and remove the apple tree altogether in order to replace it with an orange tree.

We want change, but we want to maintain our selfish ways at the same time. In other words, we want to keep sinning, turning our backs on God and doing things our own way, just without any of the consequences.

We want rape culture abolished, but we refuse to deal with pornography and “sexual liberty” which actually fuels rape culture. We tell young people they can do and be anything sexually, any gender, any orientation “I kissed a girl and I liked it, I kissed a girl, you should try it!” and then we wonder why we end up with such a broken, abused and raped society.

We want to see systemic racism abolished, but we refuse to believe that God created us and did so equally, instead we teach evolution, for if we did actually acknowledge that we are created, we would have to acknowledge there is someone higher than self.

We want our cake, and we want to eat it too.

Yet this will never work.

If you want different fruit, you have to plant a different root. Pruning the tree of the fruit you don’t want will never do, for it will simply grow back on another branch another time.

The answer to our deepest problems in society lies in a much deeper work.

Shouting, “We Want Justice!” may make one feel righteous and empowered for a moment, but it does not deal with the heart of the matter.

If we want to see significant change, we may be best to look to people who have been effective in such incredible change.

Think of former US President Abraham Lincoln, who’s administration saw slavery become illegal. He did so because he believed it was wrong. Where did he get that idea from? From God. Abraham Lincoln famously said, “I know that there is a God and that He hates injustice and slavery.”

The root of true reformation lies in God, for His is the only one that can truly reverse the curse of sin and death that the world is under.

Without an acknowledgment of God and his value of human life, we can not have true racial equality.

The same applies when it comes to justice for women.

Jesus took women, who were in His day almost completely without rights, and gave them dignity, respect and the rights to become both His followers, His friends, and His ambassadors, equally alongside men.

Jesus says in Revelation 3:20, “Behold I stand at the door (of your heart) and knock, if anyone (that’s race, gender, socio-economic status, ANYONE!) hears my voice and opens the door, I will come in and we will share a meal together as friends.”

Jesus famously ate with men and women and had women and men be a part of his ministry. This was unheard of at the time!

It was Jesus who restored the woman and the well and Jesus who saved the life of the woman caught in adultery.

I could go on.

My point is this, if we want women’s rights we need to acknowledge that only once we are all aware of our value and worth to God, will we start treating each other the way we should.

Rape will end when the value of both men and women is restored.

Racism will end in the same way too.

You can’t have your cake and eat it too.

It’s time we make a choice.

We owe it to ourselves, to God, and to this next generation to choose to do the deeper work.

Come back to God. His ways will carry us through and we will see a true revolution in our time.