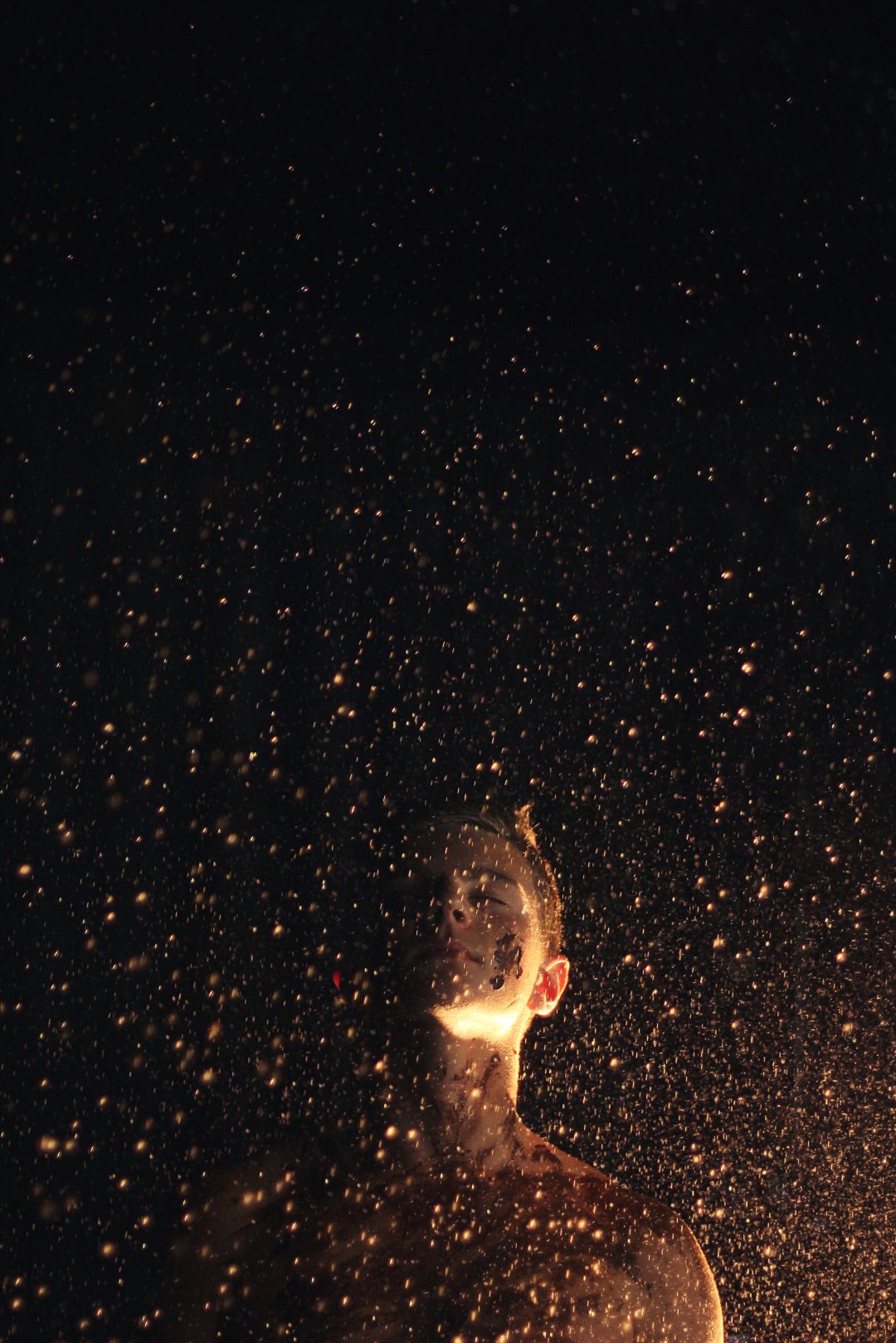 What’s with the “Gold Dust?”

One of the first things people ask me, when they hear I’m a fan of the supernatural operating in and through a Christian’s life, is this, “What’s with the “gold dust”?”

(If you’re not familiar with “gold dust”, or you’re just interested in seeing some- you can watch this video here, where I show some gold dust that started appearing at a church I was ministering at in Orange County, and also on a flight I was on that was heading to L.A.)

For a few years now I have heard of gold dust appearing during worship times (another video here), and prayer meetings, and I have never quite sure of it. That is, until one day, when gold dust appeared on the rafters of a chapel I was a regular minister in. The rafters were high up, and yet there was the gold, it was as if it had been painted on, but it was too high for anyone to reach, and there were no ladders or painters in sight!

A Pastor there told me it also appeared above my head on the rafters when I was sharing at a prayer gathering one day, and several others saw this gold dust on seats near me as well.

This gold dust soon started appearing all around the chapel and many others saw it. It showed up in their Bibles and on their seats, or the seats around them.

Similar gold dust even appeared on a flight I was on, shortly after it had appeared in this chapel!

Soon, just like those who had asked me, “what’s with the gold dust?”, I too was asking the same question…

“What’s with this gold dust?”

However, I do have some thoughts for you that I believe might help when you are next faced with a supernatural experience that you simply have no reference for (such as gold fillings, rubies and manna in Bibles, “holy laughter” and so on).

He isn’t “conventional”, He isn’t “predictable”, but He is always good.

I don’t fully understand why God chose to speak through a donkey (See Numbers 22), or why God’s condition for Samson’s supernatural strength was that he didn’t cut his hair (see Judges 13), or why Jesus chose for coins to be supernaturally implanted into fish (see Matthew 17), but I do know that God is good. I know that He wanted to get Balaam’s attention when in Numbers 22, because He had a great plan for Balaams life. I do know that God used the cutting of Samson’s hair to demonstrate His grace, in that while Samson didn’t follow all the “rules”, God could still hear his prayers and use him as he did in Judges 16 when Samson regained his strength after crying out to God, and was able to collapse the pagan temple. I don’t know why Jesus chose to put coins in fish, but I do know that He was seeking to teach His disciples a valuable truth.

I don’t know why God chooses to use strange supernatural occurrences such as the appearance of gold dust and manna, but I do know that God wants our attention and affection. I do know that He is that good, that He would use whatever means He sees fit,  to cause us to acknowledge that He is God and we are not, yet He loves us still in all our humanity.

2.Gold dust is never about the gold dust, it is about what it is pointing you to, the supernatural presence, power, love and voice of God!

The presence of gold dust in that chapel got myself, and many at that church, paying attention to the supernatural reality of God in that place. We were awoken to the fact that He wanted our attention and affection, and that He was truly present. The gold dust first started appearing during a weekly hour of prayer that was set up specifically to seek the presence of God without a formal agenda or run-sheet. When this gold dust started to appear it simply highlighted to me the value of sitting in His presence just to be with Him, for no other reason than that. What if a gold filling, manna in a Bible, angels singing etc. has less to do with the sign of the supernatural, and more to do with the smile of the Creator? Let supernatural manifestations point you into a deeper intimacy with God.

3.Curiosity beats judgement every time. I am a strong believer that your closeness  is very much dependent on your response to His invitation. God has already made the way, He is already presence, the question is, will you come and sit at His table and receive the love and grace and intimacy that He wants to dish up? I know many people that let the things that they don’t understand stand between them and what could be the most amazing feast with Christ. Don’t let what you don’t yet know get in the way of your spiritual growth. Often times relationship and revelation offends the religious, this was certainly the case when Jesus and the Holy Spirit showed up amongst many of the religious Jews and the Pharisees. Just because it’s unusual, doesn’t mean it’s demonic. I understand that sometimes it can be demonic, and I do caution you to use discernment and lean on the voice of the Holy Spirit, but I encourage you to be a little quicker to question and slower to judge.

So, the next time you come across a supernatural phenomena you don’t understand, stay curious. Ask what the phenomena may be pointing to, ask God what He may be wanting to say to you. The supernatural manifestations of God should always point to the supernatural love of God.

He loves you so much that He would change the atmosphere for you, He’d even die and rise again for you.

Andrew is the author of several books including, “From Hater to Healer: One Skeptics Journey into the Supernatural.” You can buy it here, or on Amazon’s Kindle